Build Health by Connecting with Nature 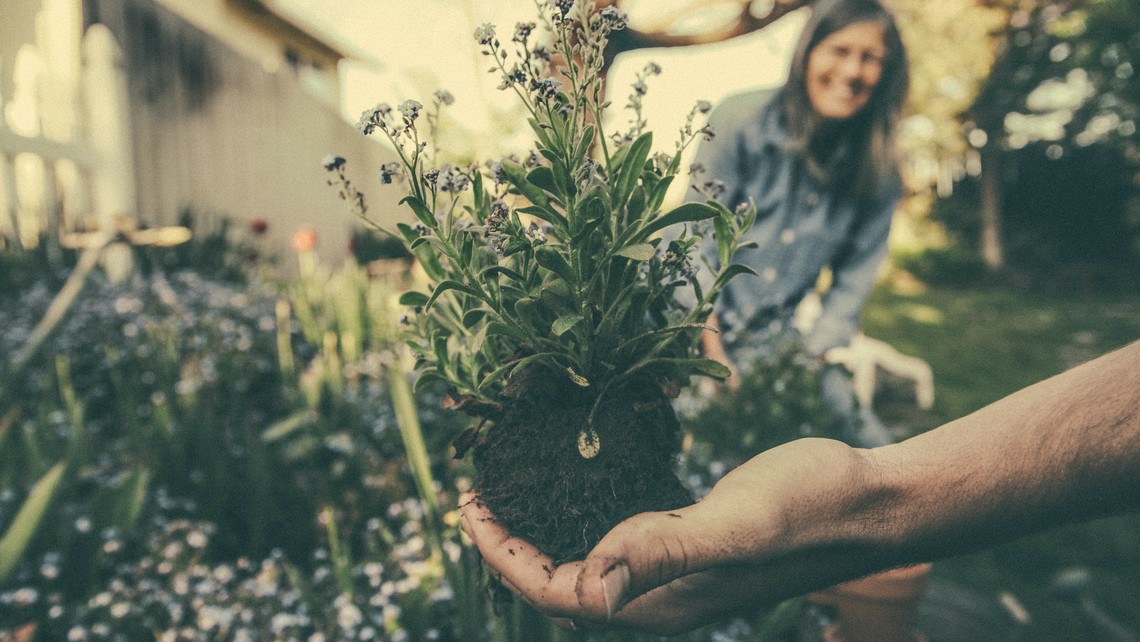 Connection to nature is a vital part of our health, both physical and psychological. An imbalance of the soil health leads to an imbalance in our bodies, secondary to eating foods grown in soils that lack vital nutrients and biodiversity.  Strengthening our connection to nature can be a solution for improving the health of our planet and, in turn, improving human health.

There are many things that damage the health of our soil. One major harmful chemical is glyphosate, which is the major constituent of commonly-used broad-spectrum herbicides. Glyphosate has been shown to alter digestive health, and it is linked to an increased risk of celiac disease—among other harmful effects. Studies in carnivorous (meat-eating) fish show decreased protease, lipase, and amylase enzyme production in the esophagus, stomach and intestines, when exposed to glyphosate (Soil Association 2020), (Samsel and Seneff 2013). In addition, glyphosate damages the tight junctions in the intestinal lining, which is only one cell layer thick to begin with (Bush 2017), leading to leaky gut.

There is a lot of evidence available on the connection between microbes in soil, in food, and in our bodies, and their connection with immune health, mental health, and digestive health.  A decline in the beneficial microbes and biodiversity has been linked to the rise of industrial disease since after the 2nd world war.

In better news, there are roughly 1,000 research articles showing the benefits that time in nature has on human health. One such study of 20,000 people found that those who spent two hours a week in green spaces were substantially more likely to report good health and psychological well-being than those who didn’t (Robbins 2020).

Here are some examples of how to reconnect with nature to improve your physical and mental health, while simultaneously improving the health of our planet at the same time:

Everyone intrinsically understands that nature is healing.  We understand that to support our own health, we need to continue to support the health of the planet that provides us with vital components of life.  How will you get your Vitamin N (nature) in this week?

Soil Association, Scotland. “The impact of glyphosate on soil health: A summary of the evidence to date.” Referenced 9.15.20 from  https://www.soilassociation.org/media/7229/glyphosate-and-soil-health-a-....

Our bodies operate electrically: our brains, hearts, and lungs all run on electric charge and signaling. It was noticed how much we are affected... END_OF_DOCUMENT_TOKEN_TO_BE_REPLACED

Spreading awareness and education about Alzheimer’s will reduce stigmas about the disease, improve care, and perhaps even boost the chances of finding a cure.... END_OF_DOCUMENT_TOKEN_TO_BE_REPLACED

Building your own Stress Resilience Program will take time, patience, and persistence. It will also require you to show yourself an abundance of compassion.... END_OF_DOCUMENT_TOKEN_TO_BE_REPLACED